The device is designed to determine the working life of electrical insulators in different environmental and temperature situations. For this purpose, the device can apply the high voltage of 60 KV simultaneously with the weather humidity (rain), high temperatures and environmental pollution. This device complies with IEC 60507 standard design and has the following specifications:
A. Allowing precise control of temperature up ℃ 50 with electric heating elements
B. Ability to determine and increase moisture content up to 90%
C. Possible to create a perfectly uniform temperature inside the test chamber with the fans of the device.
D. Allowing the simulation of atmospheric pollution in the form of quite uniform and with any level of contamination
E. Monitoring allows the device to form a 24 hour video recorder
F. Possibility of changing the applied voltage to 60 KV in a stable mode for a long time
G. Ability to capture the moment of break-down of the insulator
H. Possible to accurately determine the exact age of the insulator with the accuracy of second. 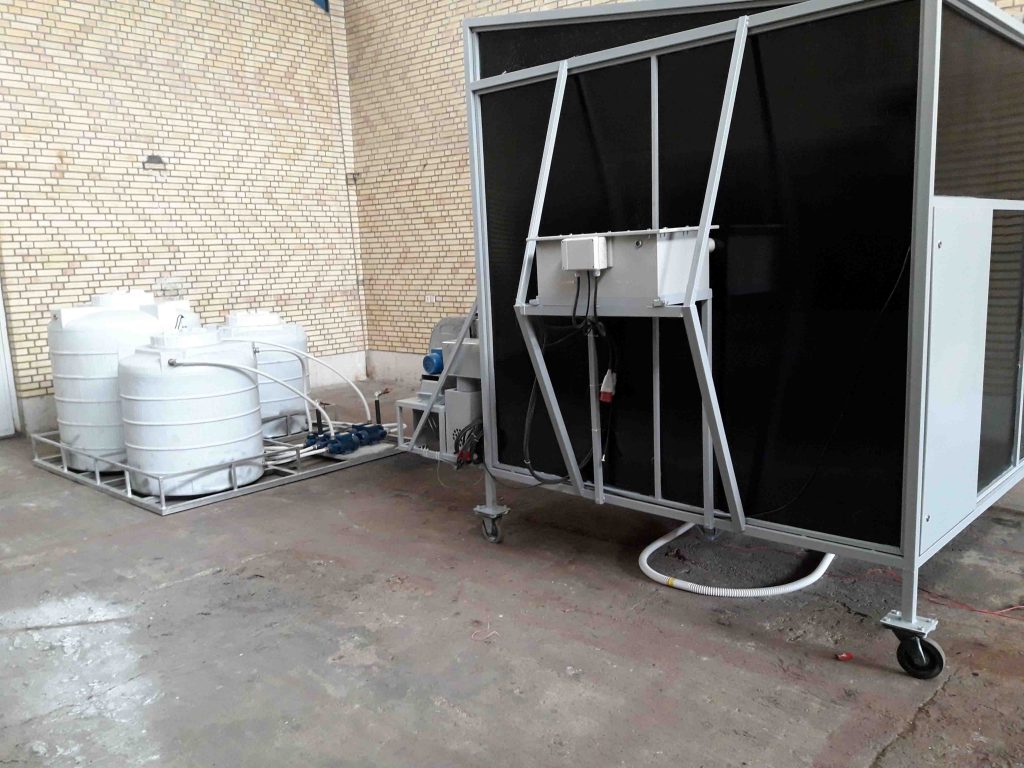 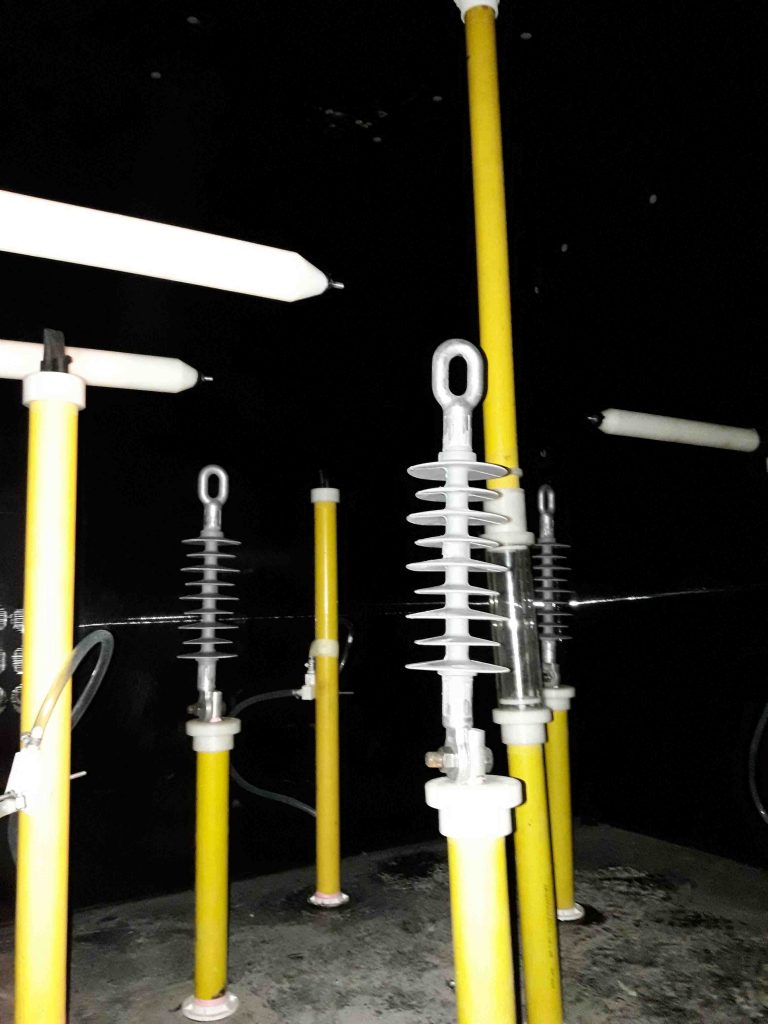 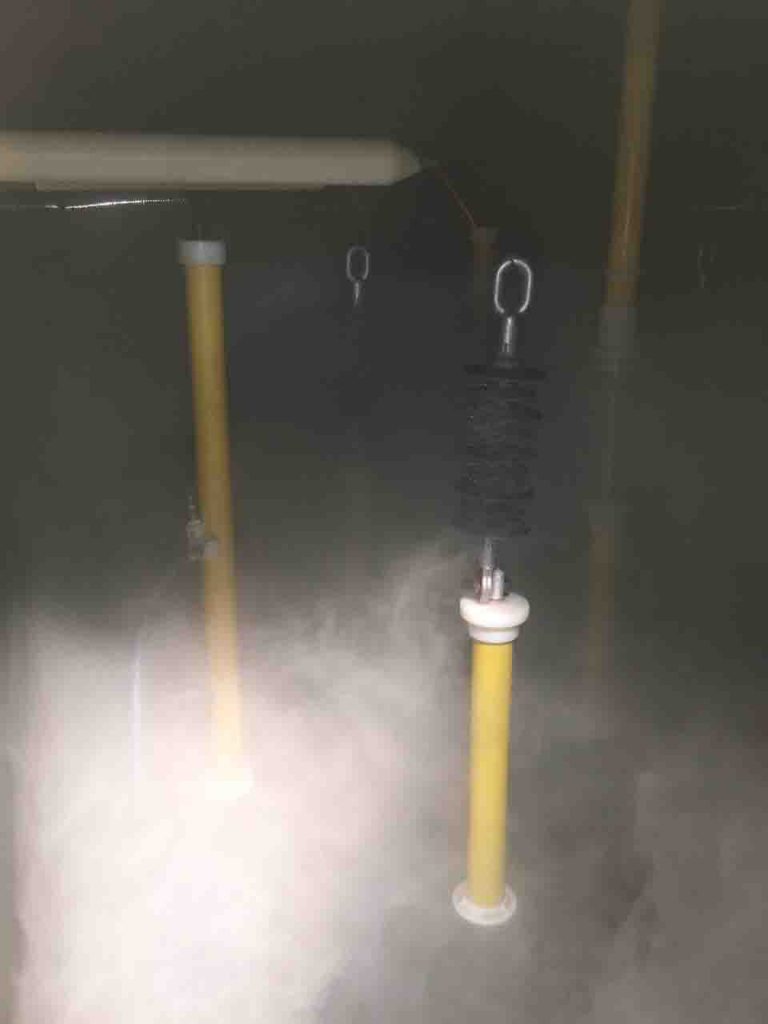 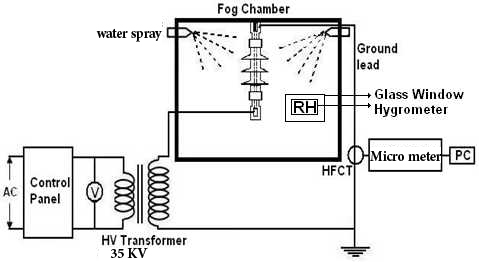 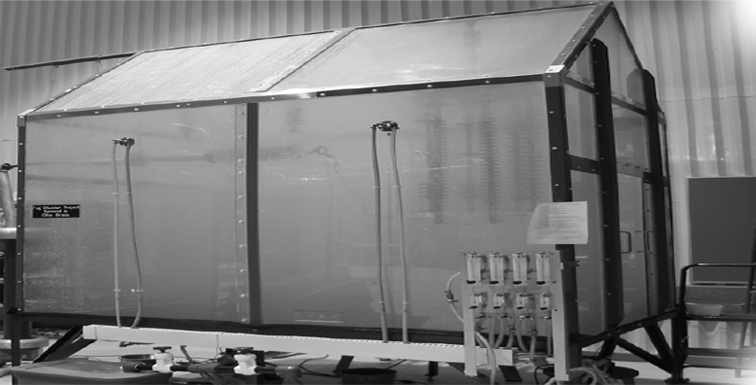 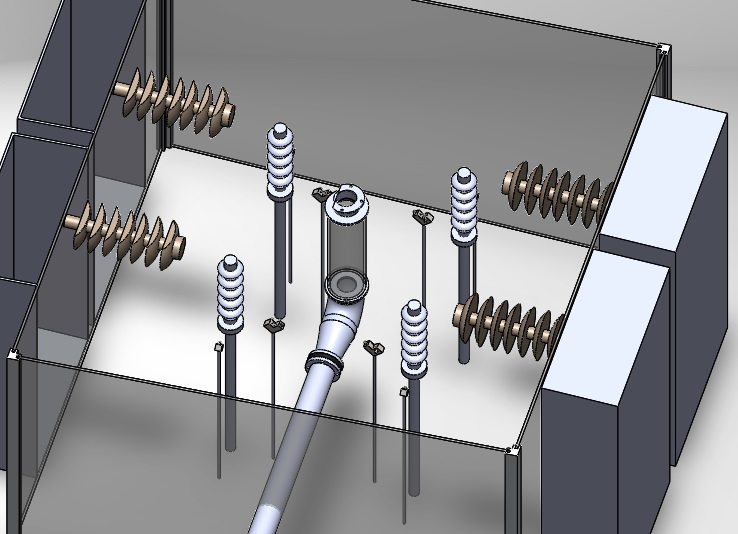